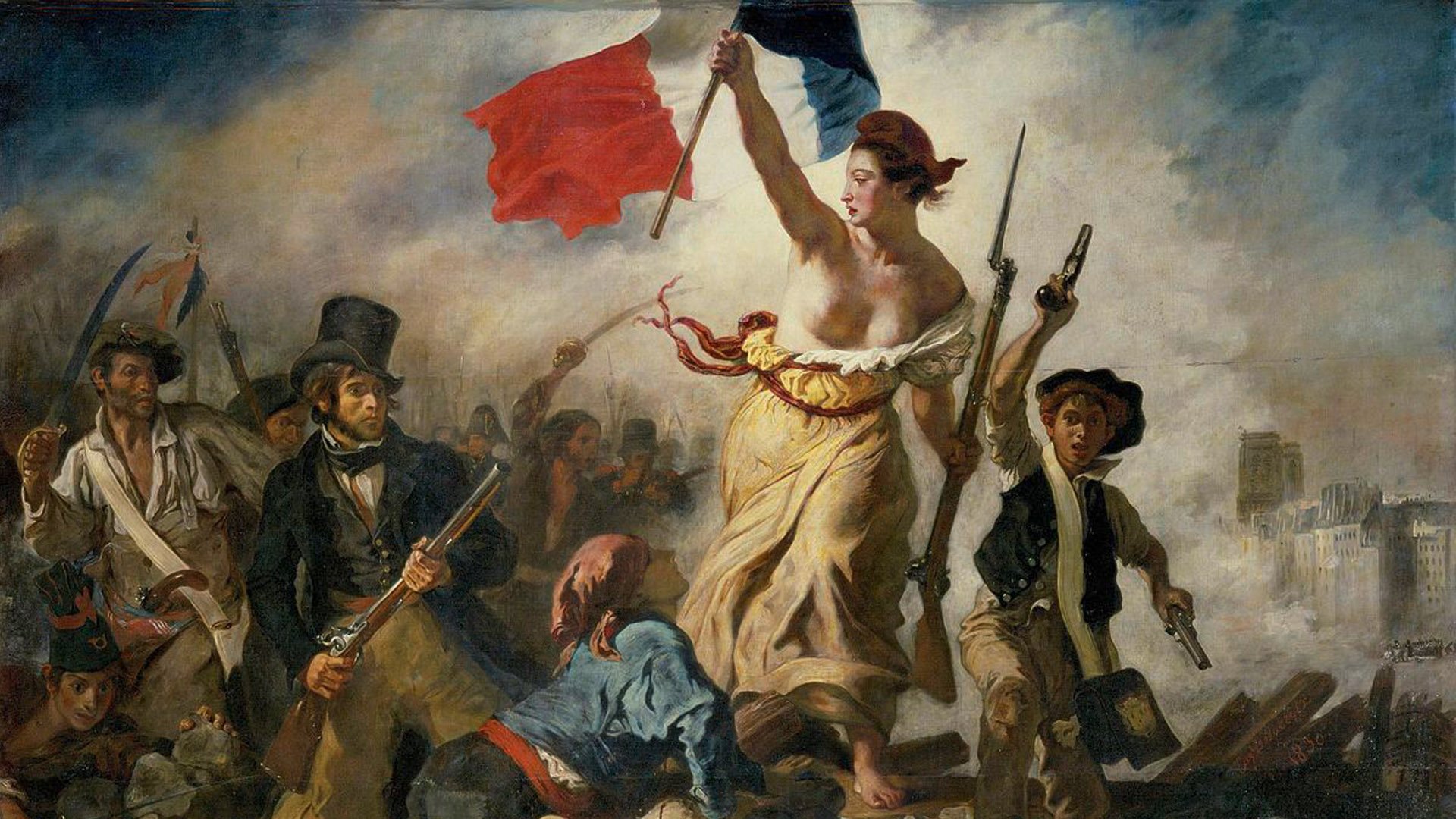 The leader of the French Romantic school, Eugéne Delacroix, painted Liberty Leading the People in order to commemorate the July Revolution of 1830. The woman in this masterpiece personifies the concept of Liberty. She is leading a group of people forward over a barricade, holding the tricolor flag of the French Revolution which became Frence’s national flag after these events. Liberty Leading the People is now in the Louvre Museum, in Paris.