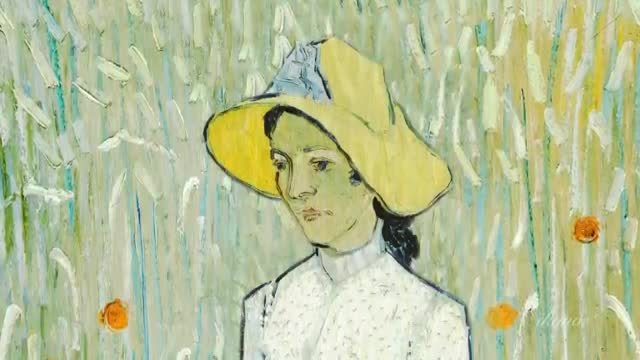 Vincent van Gogh, born in 1853, grew up in the southern Netherlands. Van Gogh’s earliest paintings were earth-toned scenes of nature and peasants, but he became increasingly influenced by Japanese prints and the work of the Impressionists in France. In 1886 he arrived in Paris, where his real formation as a painter began. In this movie we can see all his artworks located in the National Gallery of Art in Washington DC.