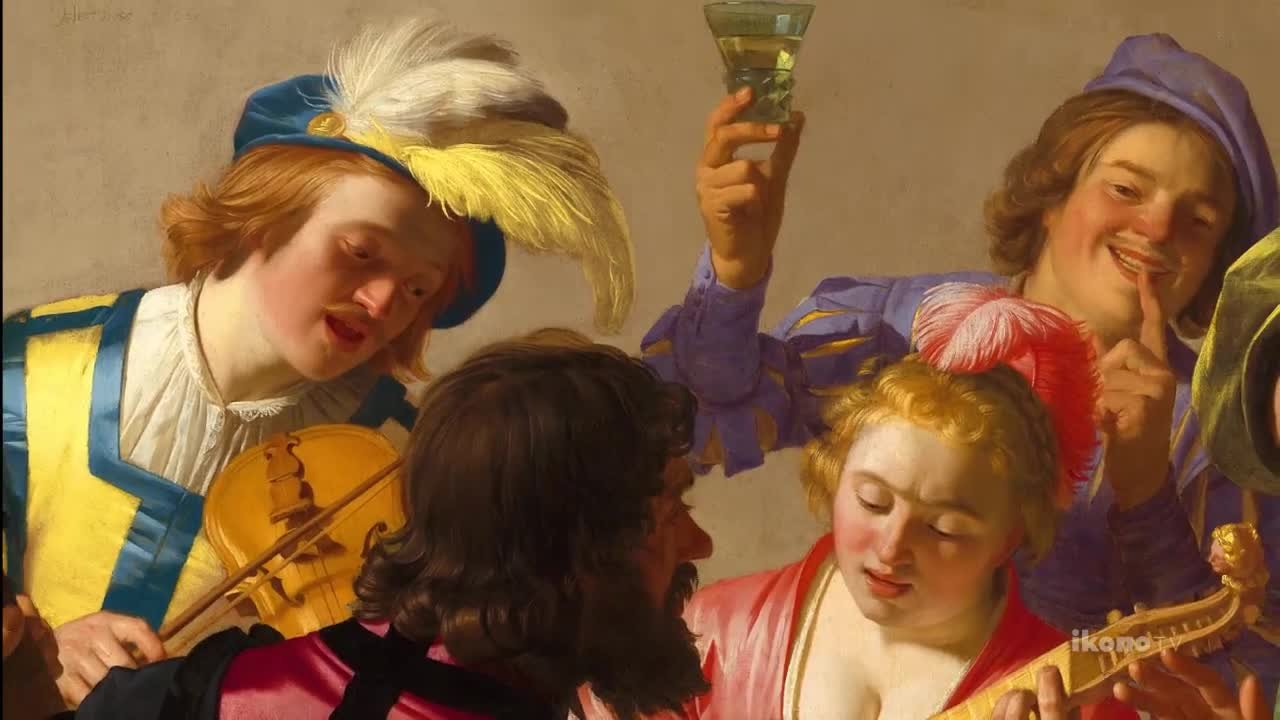 Gerrit van Honthorst has long been considered one of the greatest painters of the Dutch Golden Age. Honthorst’s The Concert is first mentioned in a 1632 inventory of one of the Prince of Orange’s palaces in The Hague. The Concert, located now in the National Gallery of Art in Washington DC, was much more than a decorative element in a courtly setting. It also had an underlying political message. Harmony in society, as well as in music, exists when the guidance of its leader is followed.