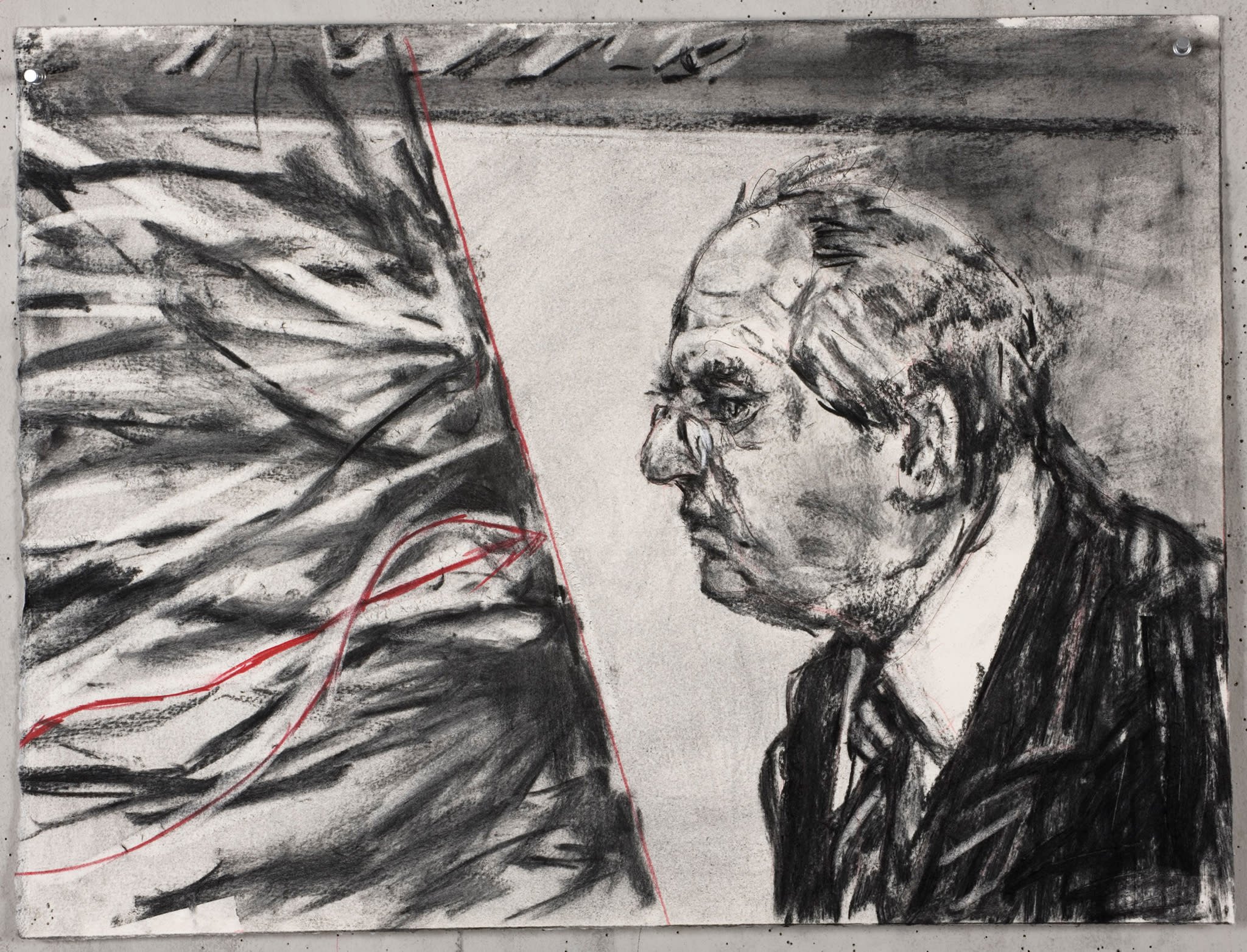 Other Faces by William Kentridge sees the return of Soho Eckstein, a character from previous films who is a Caucasian industrialist and land developer living in post-apartheid South Africa. Eckstein’s story in Other Faces begins when he is involved in a car accident with a black preacher in front of a black African church in downtown Johannesburg. Soon it becomes apparent that the argument between the two men is more a reflection of their fractured understanding of their country’s past rather than the actual incident.