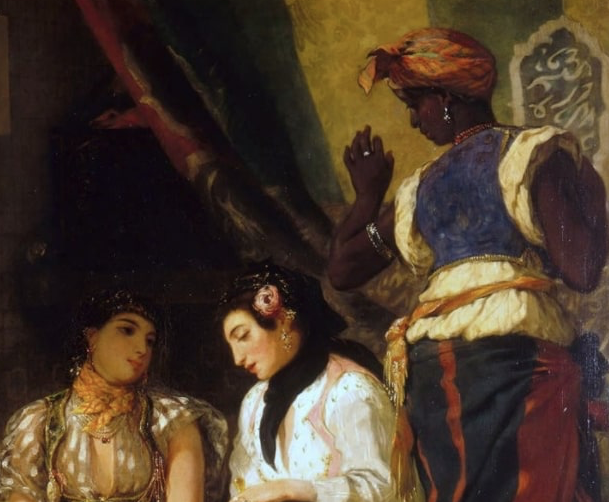 Eugéne Delacroix: Women of Algiers in their Apartment

This monumental historical genre scene was inspired by Delacroix’s conviction that a lifestyle resembling that of the ancients was on the point of disappearing—an impression that stayed with him until he died. Preferring the romanticism of travels in North Africa to the artistic tradition of a sojourn in Italy, he believed that Civilization’s missing link was to be found in the Orient which, having exercised a certain appeal at the start of his career, overwhelmed him when he experienced it for himself. Here was material for twenty generations of painters, he said. This artwork is located now in the Louvre Museum in Paris, France.