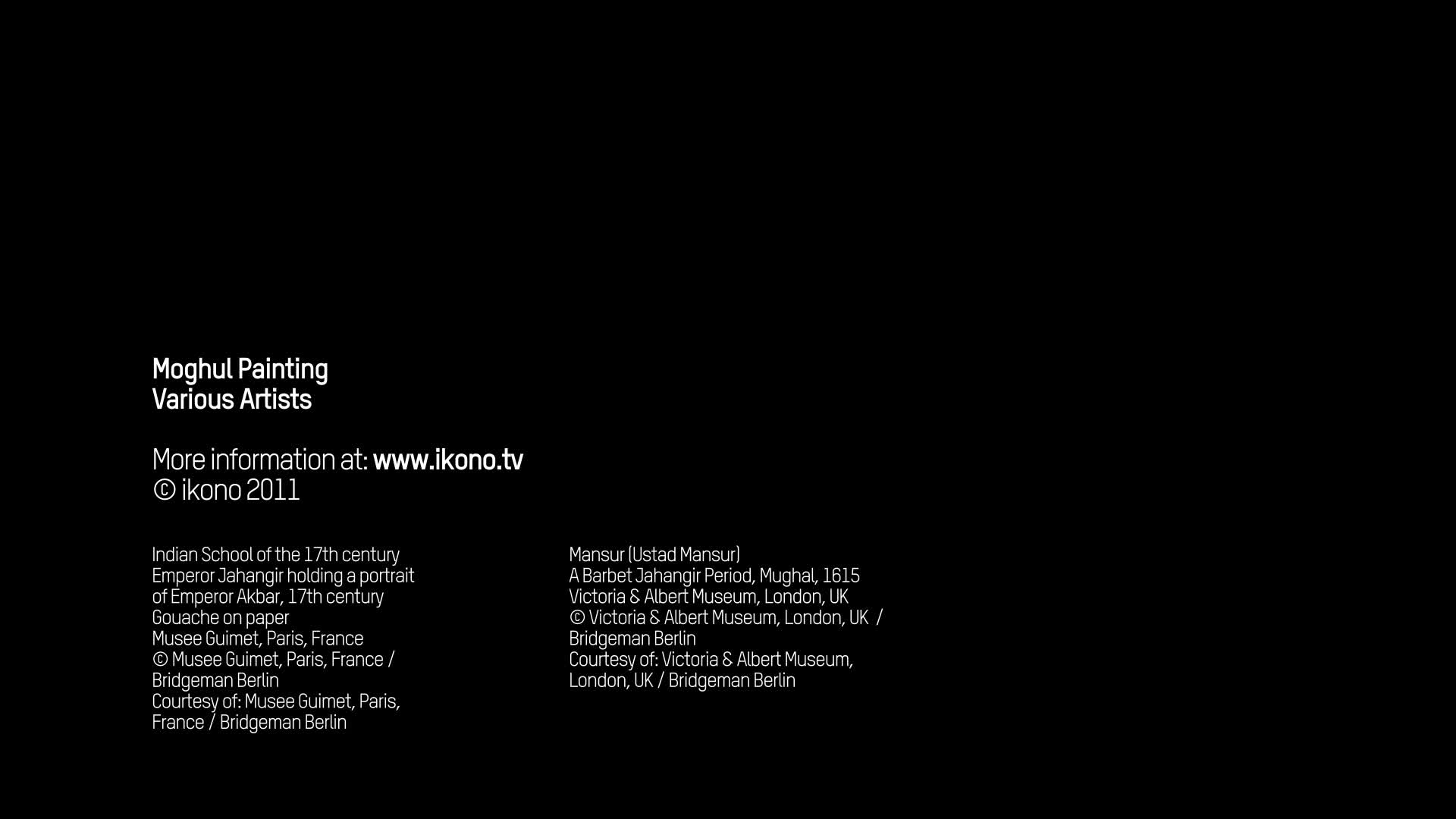 Mughal painting is a particular style of South Asian confined to miniatures either as book illustrations or as single works to be kept in albums. In this movie, a set of several paintings: Chamsa and Dancing Dervish, located in the Museum of Islamic Art in Berlin, Germany; Akbar tames the Savage Elephant, Hawai, outside the Red Fort at Agra and Akbar’s forces besieging Rai Surjan Hada in Ranthambore Fort, both located in the Victoria & Albert Museum in London, UK; Emperor Jahangir holding a portrait of Emperor Akbar that is now Musee Guimet in Paris, France.